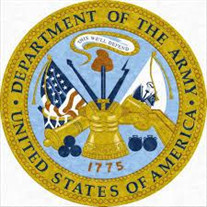 William “Jack” Partin, age 71, passed away peacefully on July 14, 2020. Jack was born in Evarts, Kentucky, on June 26, 1949, to the late William “Bill” and Margaret (Wagner) Partin. He was a graduate of Evarts High School and Eastern Kentucky University, and served in the U.S. Army Reserves. In 1977, his wife of 47 years, Beverly “Gail” Partin, who survives, moved to Ohio, where they built a life and family in Franklin Valley. Jack was retired from the Portsmouth Gaseous Diffusion Plant. An adherent to the “church of the Golden Rule”, Jack was known for his limitless generosity, kindness, and loyalty to family and friends. Jack had a larger than life personality and unmatched sense of humor, equally ready with witty one-liners and profound life lessons. Living to carry on this legacy are the brightest lights of his life: his daughters, Wendy Partin, and Billie (Dan) Bartholomew, and his grandchildren, Siler Haskell and Bailey, Connor, and Peyton Bartholomew, all of Columbus. Also, surviving are son in law Dave Haskell, sister Melba Urbanek, niece Dawn (Mark) Freeman, and great-niece, Madison Noonan, of Boca Raton, Florida; mother in law Blanche Black of West Liberty, Kentucky; and numerous extended family members. He was preceded in death by his daughter, Emmy Partin; his parents, Margaret and Bill Partin; father in law, Wendell Black. At the request of the deceased, there will be no calling hours or funeral services. Cremation and other arrangements are under the direction of the Mayhew-Brown Funeral Home in Jackson. A celebration of Jack’s life will be held at a later date. In lieu of flowers, the family encourages contributions in Jack’s memory to the charity of your choice.

The family of William "Jack" Partin created this Life Tributes page to make it easy to share your memories.

Send flowers to the Partin family.