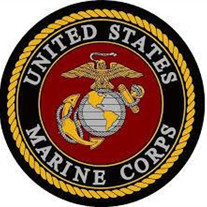 Wendell Lee Brunton, age 70, of Jackson, passed away on Tuesday, December 3, 2019 at The Ohio State Wexner Medical Center in Columbus, Ohio. He was born in Summit County, Ohio on August 8, 1949 to the late Wendell Edward Brunton and Juanita Lee (Manier) Brunton. In addition to his parents he was preceded in death by a brother, Michael E. Brunton. Wendell was a 1967 Jackson High School graduate. He served in the United States Marine Corps in the Vietnam Era, he was an active member of the Amvets Post 84 and past Commander of the American Legion. He was a licensed blaster employed at J.J. Blazer and construction foreman with IGEL Construction in Columbus. He was a project manager for HUD in Jackson, Ohio. He was a self-employed contractor for many years. Wendell held the chair of the Democratic Party and was recently appointed to the Board of Elections. He served as a past Jackson County Commissioner. He was also a past member of the Senior Citizens and the Jaycees. He is survived by his wife of 48 years, Judy Ann (McCoy) Brunton; son, Bryan (Charla) Brunton; daughter, Wendy Stewart; sister, Lyndell "Lyn" (Ronald) Speakman; grandchildren, Ryan Stewart, Brylee Brunton and Chloe Brunton; nieces, Dena Stewart and Melissa McCoy; father-in-law, Clyde McCoy and brother and sister in-laws, Robert (Debbie) McCoy and Keith (Jennifer) McCoy. A memorial service will be held at the Mayhew-Brown Funeral Home on Saturday, December 7, 2019 at 2PM with Rev. Janie Karl officiating and the DAV Chapter 45 will perform military honors. Family will receive friends at the funeral home prior to the service from 11AM up until the time of the service. In lieu of flowers the family requests donations be made to the DAV Chapter 45, 170 Pearl Street, Jackson, Ohio 45640. Arrangements are under the direction of the Mayhew-Brown Funeral Home and Southern Ohio Cremation Services. Condolences may be sent to: http://www.mayhew-brownfuneralhome.com.

Wendell Lee Brunton, age 70, of Jackson, passed away on Tuesday, December 3, 2019 at The Ohio State Wexner Medical Center in Columbus, Ohio. He was born in Summit County, Ohio on August 8, 1949 to the late Wendell Edward Brunton and Juanita... View Obituary & Service Information

The family of Wendell Lee Brunton created this Life Tributes page to make it easy to share your memories.

Wendell Lee Brunton, age 70, of Jackson, passed away on Tuesday,...

Send flowers to the Brunton family.