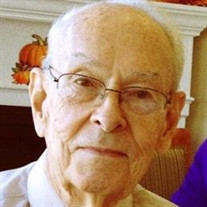 Story Mason Cool, age 89, of Jackson passed from this world on January 24, 2019. Story was the third child born to parents Fred Harrison Cool and Gertrude Ellen (Story) Cool who preceded him in death, and was born at home on the farm in Pike County where he grew up. Story was preceded in death by is older brother William (Isabelle Montgomery) of Waverly, and younger sister Lois (William Harsh). Also preceding in death was his granddaughter Layla Cool, daughter of son Mark. He is survived by his older sister Donna age 100 (Robert Willson) of Jasper, and youngest brother John (Patty Simonton). From very young, Story and sister Lois shared in the farm work. Helping feed and care for the animals, helping in the fields, gardens and cutting firewood for the stoves at their home. He attended the New Idaho, Ohio grade school and graduated from Waverly High School in 1947. In 1945 Story worked as a ‘Bell-Boy’ at the Emmitt House Hotel in Waverly. He worked for Lake White Club as a waiter in 1946-47. In the winter of 1947-48 Story apprenticed as an American Morse Telegrapher at the N&W DT&I RR interlocking tower at Waverly. From there he began his railroad career at the DT&I Railroad as a telegrapher in Jackson in 1948. During the years following, he was promoted to Agent at Ironton, then Agent at Jackson, and finally as Assistant Train-Master at Springfield in 1986-1987. He retired from the DT&I/Grant trunk with 40 years of service. During his early years on the railroad, America was heavily involved in defending South Korea from the North. Story was drafted May 1951 into the US Army, Augusta, GA. After basic training he completed the Army High-speed International Morse Code training. He served as a radio team-chief in Korea for the year of 1952. He separated from the army with an honorable discharge at Camp Atterbury, Indiana in 1953 and returned to the DT&I RR at Waverly, Ironton, Jackson, and Springfield. After retirement, Story supervised the City of Jackson Building Code and HUD Rehab Grant office for 17 years, retiring a second time in 2004 to care for his wife, Trevena (TV). Preceding him in death was his beloved wife, Trevena Gale Stiles, due to Alzheimers disease. He always called her his life-time girlfriend and ‘TV’, a name a railroad friend had called her as a joke, but she liked. Story met TV when she came into the DT&I Depot one April day to pick up her father’s paycheck. They started dating a few years later and were married in June 1954 after he returned from Korea. Story and TV were married 60 years and 20 days until Alzheimers took her life in 2014. Story never quite recovered from this loss and remained devoted to her for the rest of his life. Surviving are three sons: David Ray (Martha) of Fairborn, Ohio, Mark Allen of Jackson, Ohio, and Matthew Story (Ellen) of Tonawanda, New York. Also surviving are granddaughter India of Fairborn, Ohio, grandson Andrew (Lindsay) of Ft. Meade Maryland, and grandsons Max and Mason of Tonawanda, New York. Also surviving are his older sister, Donna (Robert) Willson, age 100 of Jasper, Ohio, and his youngest brother John (Patty Simonton) of Waverly, as well as hundreds of family and friends in Waverly and Jackson. Story and Trevena were active members of Calvary U.M. Church in Jackson. Someone there will need to make sure the HVAC is set for all future services. Story loved working on houses, especially with his sons. He loved country music, vacations with his family (especially to the beach in one big house), going out to eat, and any celebration. Funeral services will be at Mayhew-Brown Funeral Home, 135 Broadway Street, Jackson, Ohio on Tuesday, January 29th at 11:00 a.m., with Pastor Garry Hogue officiating. Burial will follow at Fairmount Cemetery in Jackson with military services by Jackson Chapter 45 of the Disabled American Veterans. The family will receive friends at the funeral home on Monday, January 28th from 4:00 to 8:00 p.m. In lieu of flowers, the family requests donations be made to the Alzheimer's Association, P.O. Box 597, Portsmouth, Ohio 45662. Condolences may be sent to: www.mayhew-brownfuneralhome.com.

Story Mason Cool, age 89, of Jackson passed from this world on January 24, 2019. Story was the third child born to parents Fred Harrison Cool and Gertrude Ellen (Story) Cool who preceded him in death, and was born at home on the farm in Pike... View Obituary & Service Information

The family of Story Mason Cool created this Life Tributes page to make it easy to share your memories.

Story Mason Cool, age 89, of Jackson passed from this world on...

Send flowers to the Cool family.