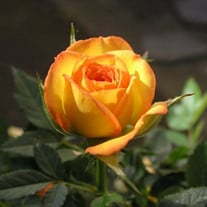 Steward “Stewart" Henry Brenneman age 93 of Jackson, Ohio and formerly of Bexley, Ohio and York, Pennsylvania was reunited with his beloved wife and family on July 6, 2018. Stewart was born July 25, 1924 in York County, PA to the late Steward and Mary Jordan Brenneman. Stewart graduated from North York High School in 1943 and joined the US Army where he served during World War II. He was a member of the Ohio Historical Society, the Jackson County Historical Society and the Coalton Historical Society. Stewart was also a member of the "Jackson McDonald's Breakfast Club." Stewart was a car enthusiast, enjoyed restoring Corvairs and was a collector of many things. He spent countless hours volunteering with local organizations including hundreds of hours restoring the Roundhouse in Jackson. Stew was an expert in the field of tool and dye and machinery. He was employed by Jaeger Company in Columbus, Ohio and ultimately retired from Rockwell International also in Columbus, Ohio. Stewart was married to the love of his life, Betty C. Coyan Brenneman for 48 years. Stewart and Betty travelled extensively and enjoyed roller skating , dancing, auctions and flea markets. Stewart attended the Faith Ministry Center Church in Jackson. Stewart was preceded in death by his parents, Steward and Mary Brenneman; his wife, Betty C. Coyan Brenneman; his brother, William Brenneman; sister, Mary Brenneman; mother & father in law, Mr. & Mrs Floyd W. & Ruth Coyan. Stew is survived by: special nephew, Jeffery Brenneman of York, PA; nephew, Glenn Brenneman of Roseville, California; brothers in law, Paul S. Coyan and Jack Coyan both of Jackson; sisters in law, Ruth Coyan Spurlock and Hester Coyan Lenegar both of Jackson. Stewart is also survived by special great-nephew Justin Skaggs of Jackson and a host of nieces, nephews, great nieces and nephews and great great nieces and nephews. He is also survived by his dear and devoted friends; Mark Wood, Robert “Bob” Ervin and Dewey Cantor. Stewart was grateful for the employees at Kroger of Jackson and McDonald's of Jackson for their kindness, patience and compassion. Funeral services will be at 2PM Saturday, July 14, 2018 at the Mayhew-Brown Funeral Home with Rev. Jack Hughes officiating and burial to follow in the Fairmount Cemetery with military graveside services from the Jackson Chapter 45 DAV. Friends will be received from 11AM-2PM prior to the funeral service. In lieu of flowers, donations can be made to the Jackson First Church of the Nazarene, C/O Veteran's Breakfast, 251 Powell Drive, Jackson, Ohio 45640 Condolences can be emailed to www.mayhew-brownfuneralhome.com

Steward &#8220;Stewart" Henry Brenneman age 93 of Jackson, Ohio and formerly of Bexley, Ohio and York, Pennsylvania was reunited with his beloved wife and family on July 6, 2018. Stewart was born July 25, 1924 in York County, PA to the late... View Obituary & Service Information

The family of Steward "Stewart" Henry Brenneman created this Life Tributes page to make it easy to share your memories.

Send flowers to the Brenneman family.