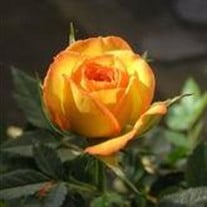 Rosetta “Rose” Ragland, age 79, passed away at Adena Regional Medical Center in Chillicothe on Friday, December 27, 2019, surrounded by her family. She was born on July 19, 1940 in Columbus, Ohio to late Carl & Winona (Warner) Sunderland. In addition to her parents, she was preceded in death by her husband, Ralph R. Ragland and adoptive parents Hetman & Ernestine Sunderland. She is also preceded in death by 9 brothers, 4 sisters, and a grandson Lowell Ford II. She is survived by her children: Darlene Ford, Randy Ragland, Carl Ragland, Marcia Holleman, Tina Ragland, Craig (Angel) Ragland and Traci Harris. She is also survived by brothers: Paul Sunderland and Wallace (Betty) Sunderland; sisters: Martha Scales and Priscilla (David) Valentine, along with 10 grandchildren and 7 great-grandchildren. She was a member of the First Baptist Church in Jackson. The family will receive friends at the Mayhew-Brown Funeral Home on Thursday, January 2, 2020 from 12:00 until 2:00 p.m., with Memorial Service at 2:00 p.m. In lieu of flowers the family requests donations be made to the First Baptist Church, 35 Broadway Street, Jackson, Ohio 45640 or to the Jackson County Heart Support Group, 215 Broad Street, Jackson, Ohio 45640. Arrangements are by the Mayhew-Brown Funeral Home and Southern Ohio Cremation Services in Jackson. Condolences may be sent to the family at: www.mayhew-brownfuneralhome.com

The family of Rosetta "Rose" Ragland created this Life Tributes page to make it easy to share your memories.

Send flowers to the Ragland family.