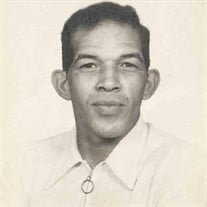 Ralph E. Anderson, Sr. born February 10th, 1948  of Ray, Ohio has come to his last story telling days at the ripe age of 73 yrs old on April 5th, 2021. Ralph graduated from Jackson High School and joined the United States Navy. Ralph proudly served his country as a Machinists Mate aboard the USS Chipola (AO-63), USS Fox (CG-33) USS Biddle (DLG-34), and completed his last active duty tour aboard the USS Constellation (CV-64). As it was time to spend more time with his family he then converted to the U.S. Naval reserves at Naval Station Coronado in San Diego, California with the Mobile Diving and Salvage Unit One, Detachment 419.  Ralph has been commended with such awards as the Vietnam Service medal, Vietnam Campaign medal, National Defense Service medal, Meritorious Unit Commendation, Armed Forces Expeditionary medal, Naval Reserves Meritorious medal and three each Good Conduct awards. During his naval career, he deployed to countries all over the world. During a cruise, he would meet his former wife, Felisa, and then return to the states to born his two offspring, Rose Marie and Ralph Jr. As Ralph converted to civilian life, he carried his military taught trade and worked for companies such as Airco Industrial Gases and Lockheed-Martin. After living the west coast life style, Ralph decided to return to his home state of Ohio. Remembering his roots, he went back into raising cattle and hogs. Ralph also served as a proud member of VFW post 9202 of Wellston of which he will be remembered by his story telling and jokes. To the great beyond, Ralph follows his father, Willard Anderson Sr. and mother, Mildred Brown Anderson. His brothers; Willard Jr. and Charles Sr., nephews: Willard III, Jeffery, Ryan and Billy. Ralph will also be joining a life-long navy friend Reid Dulac. As with all good stories, Ralph has left them to be told by his daughter Rose Marie and son Ralph Jr. Grandchildren: Jacob, Christian, Josephine, and Jonathan. His sisters and brothers, Jean (Leroy), Elma, Brenda (Matt), William (Denise), Doug & Howard. His life companion, Suzy Johnson. Several nephews, nieces, cousins, & friends. The wake will be held on Saturday, April 10th, 2021 at: 6:00pm to 8:00pm at the Mayhew-Brown Funeral Home in Jackson, Ohio. A eulogy will be read. Any stories, jokes, or reminiscing to send Ralph off to the great beyond will be gladly accepted.  The graveside service will be held at a later date.  Condolences may be sent to the family at: www.mayhew-brownfuneralhome.com

The family of Ralph E. Anderson Sr. created this Life Tributes page to make it easy to share your memories.

Send flowers to the Anderson family.