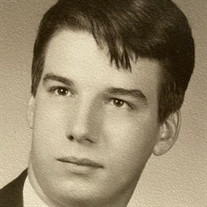 Patrick Edwin (Pat) Miller, age 70, passed away February 4, 2022. Patrick was born February 25, 1951 to the late Diana (Susie) and Dean Miller at Holzer Hospital in Gallipolis. Patrick was raised alongside his brother Greg (Lee) Miller and two sisters, Dianne (Steve) Connell, and Brenda (Dick) Armstrong. Growing up with a large extended family, his childhood home was a centerpiece of hard work, gatherings and family traditions. Patrick was a 1969 graduate of Jackson High School. He went on to study electrical engineering at Hocking College. Over the years he gained employment as a State Highway Patrolman, Security at the Piketon Atomic Plant, Department of Human Services and Construction. Patrick enjoyed fishing, boating, hunting (deer, rabbits, pheasants, and grouse). He raised Beagles, Pointers, Labradors, and Horses. He was an excellent shot with pistols, rifles and shotguns. Patrick was a phenomenal storyteller, chess player and outdoorsman. Patrick is preceded in death by the love of his life, his wife of 47 years, Lavon (Wimer) Miller. Patrick is survived by “his girls” daughters Christina (David) Landrum and Julie (Tom) Griffiths. His pride and joy, grandchildren Emily (Aaron) Jackson, Garrett Landrum, Greyson Griffiths, Gabriel Griffiths, and Baron Griffiths who will all remember him with much love. Arrangements are under the direction of the Mayhew-Brown Funeral Home. Following wishes of cremation and private service. Condolences may be sent to the family at :www.mayhew-brownfuneralhome.com

The family of Patrick E Miller created this Life Tributes page to make it easy to share your memories.