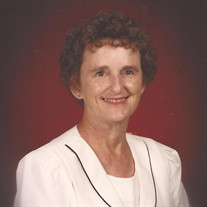 Patricia Woebkenberg, age 75 of Wellston, passed away on Tuesday, September 1, 2020 at Holzer Medical Center in Gallipolis after a brief battle with cancer. She was born in Ferdinand, Indiana on April 24, 1945 to the late Urban and Norena (Weyer) Lueken. Pat was a talented musician. She began playing piano at a young age and was playing the organ for masses while she was still in elementary school. She also played the cornet in her school band. She has played the organ for masses at both Holy Trinity and Sts. Peter and Paul Parishes for nearly 40 years. Pat also accompanied numerous choirs, soloists, and school musicals over the years. She was active in the Jackson Band Boosters and enjoyed watching her daughters perform in concerts and plays. Another of Pat’s loves was teaching. She was a teacher in the Jackson City Schools for 25 years. She taught Kindergarten, 5th grade, intermediate math, and worked with students in the talented and gifted program, mostly at Jackson Elementary School. She also enjoyed helping other teachers, working as a mentor and evaluator for new teachers to the district. Pat is survived by her husband Tom Woebkenberg, daughters Heidi (Woebkenberg) Chow and Nicole (Woebkenberg) Behn, and grandchildren Lily Chow, Ella Chow, Emily Behn, and Kevin Behn. She is preceded in death by her parents Urban and Norena Lueken and her brother Daniel Lueken. A celebration of life will be held on Monday, September 7 at the Mayhew-Brown Funeral home from 2:00-6:00 pm. In lieu of flowers, donations may be made to the American Cancer Society, the Jackson-Vinton Catholic Consortium, or the JCS Band Boosters Scholarship Fund at P.O. Box 255, Jackson Ohio, 45640. Arrangements are under the direction of the Mayhew-Brown Funeral Home and Southern Ohio Cremation Services in Jackson.

Patricia Woebkenberg, age 75 of Wellston, passed away on Tuesday, September 1, 2020 at Holzer Medical Center in Gallipolis after a brief battle with cancer. She was born in Ferdinand, Indiana on April 24, 1945 to the late Urban and Norena (Weyer)... View Obituary & Service Information

The family of Patricia A. Woebkenberg created this Life Tributes page to make it easy to share your memories.

Patricia Woebkenberg, age 75 of Wellston, passed away on Tuesday,...

Send flowers to the Woebkenberg family.