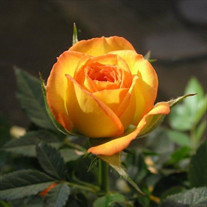 Madelyn Grace Rafferty Muncy, born June 21, 1932 to Earl and Edna Hensley Rafferty. Left this life to go to her heavenly home on August 9, 2018. Married Harold Edward Muncy on August, 28, 1949, to this union twelve children were born. She was a devoted wife, mother, grandmother and loved her family. She loved Jesus and her life was an example of his love and forgiveness, she proclaimed his goodness and mercy to everyone she met. Always ready to tell the goodness of his love and mercy, to pray with them and lead them to Jesus Christ, even in the middle of Wal-Mart. She will always be remembered to her children and grandchildren as a prayer warrior. She leaves behind a legacy of love, hope and eternal life through Jesus Christ. She loved gardening, being outdoors, her flowers and feeding her birds. She attended Endtime Harvest Church and had a great love for her church family and Pastors David and Val Rahamut. Survived by sons: Lee (Norma) Muncy, David (Suzanne) Muncy, George (Tamaira) Muncy, Steve (Robin) Muncy; son-in-law, John Riddle; daughters: Linda Duhl, Mary Muncy, Marcia Lemmon, Sherry Sauer, Gloria (Todd) Willis; daughter-in-law, Debbie Muncy; her brother, George (Marilyn) Rafferty; brother-in-law, Jack Lake; sister, Alice (Phil) Bush; 23 grandchildren; 7 step-grandchildren; 24 great grandchildren; 6 great-great grandchildren; and many nieces and nephews. She was preceded in death by her husband, Harold Edward Muncy; parents, Earl and Edna Rafferty; a son, Carl Muncy; son-in-laws, George Sauer and Larry Lemmon; daughters, Kathy Riddle and Rebecca Muncy; brothers, Dale and Denzil Rafferty; sisters, Alma McFadden and Mary Lake; sister-in-law, Joy Rafferty and special niece, Leah Lake Sierer. A funeral service will be held at the Mayhew-Brown Funeral Home in Jackson on Sunday, August 12th, 2018 at 2:00 p.m. with Pastor David Rahamut officiating. Burial to follow at Greenlawn Memory Gardens. Friends will be received at the funeral home on Saturday, August 11th from 5:00-7:00 p.m. Arrangements are under the direction of the Mayhew-Brown Funeral Home in Jackson. Condolences may be sent to: www.mayhew-brownfuneralhome.com.

Madelyn Grace Rafferty Muncy, born June 21, 1932 to Earl and Edna Hensley Rafferty. Left this life to go to her heavenly home on August 9, 2018. Married Harold Edward Muncy on August, 28, 1949, to this union twelve children were born. She was... View Obituary & Service Information

The family of Madelyn Grace Rafferty Muncy created this Life Tributes page to make it easy to share your memories.

Send flowers to the Muncy family.