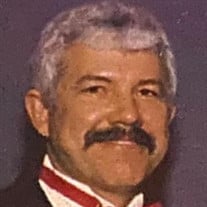 John Peters passed away Monday, August 09, 2021 after a brief illness. He was born October 22, 1949, to the late Emerson and Florence Peters of McArthur, Ohio. John began his career with the Ohio Department of Natural Resources Division of Parks as a Ranger at Lake Hope State Park and later as the Director of Training for Southeast Ohio EMS (SEOEMS). It was then he found his passion, and spent 31 years as an Associate Professor at Hocking College. He was the Program Coordinator for the Fire and Emergency Services Technology. He developed and taught courses in Firefighting, Emergency Vehicle Operations, and Public Administration as well Supervision and Leadership. John also served 20 years as a Staff Member of the Hocking College International Homicide Investigation Seminar. The program was held annually in Arizona, Georgia and Ohio. He was awarded the Hocking College Excellence in Instruction Award for 1989 and received the 1991 National Institute of Staff and Organization Development (NISOD) from the University of Texas Austin. John also authored a text book, “Introduction to Hazardous Materials.” John served 13 years in the Ohio National Guard attaining the rank of Staff Sergeant. He served in both Combat Engineering and Infantry units. John also served as the Jackson County Coroner’s Investigator for over 20 years. He was currently the 2nd Ward Councilman for the City of Jackson. John leaves behind the love of his life, Kida Newell. (48 years) Children; Tony (Donna) Newell, Megan (Bart) Wiseman and Ryan (Yvonne) Peters. Grandchildren; Christopher, Daniel, Mandolyn, Cody, Alysha, Seth, Monica, Griffin and his partner in crime, his BFF, Macie Mo. He is survived by one brother, Richard Peters and sister Linda Hinson. He is preceded in death by his parents Emerson and Florence Peters and brothers, George Peters and Donald Peters and sister Carol Bailey. John’s love for his family was immense, he enjoyed spending summers at the pool, camping and fishing with them. He was patient and kind; extending his love to his children’s friends, treating them as his own. He spent countless unsung hours volunteering his time to help others. He was firm and fair, he loved you hard, and made it look easy. He will be greatly missed by those who knew and loved him. John requested no services and his family asks that you honor his memory by volunteering for a cause that is important to you. Arrangements are under the direction of the Mayhew-Brown Funeral Home

John Peters passed away Monday, August 09, 2021 after a brief illness. He was born October 22, 1949, to the late Emerson and Florence Peters of McArthur, Ohio. John began his career with the Ohio Department of Natural Resources Division of... View Obituary & Service Information

The family of John N. Peters created this Life Tributes page to make it easy to share your memories.

Send flowers to the Peters family.