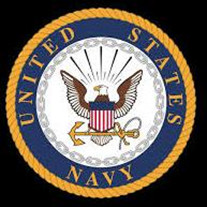 Floyd “George” Loomis Jr., age 95, of Jackson passed away Friday, December 20, 2019 at home surrounded by family. He was born January 2, 1924 in Logan, Ohio to the late Floyd Sr. and Blanche Vey Arnold Loomis. He graduated from Logan High School in 1942 and shortly after he enlisted in the United States Navy, serving on active duty for 3 ½ years from 1942 – 1946. While enlisted, he served with the pacific theatre and was a 1st class petty officer. After his service in WWII, he came back to Jackson and married his wife, Carol December 3, 1948 and worked at Buckeye Mill. He started early in his career as a self-employed contractor with his father and eventually started working for Jenkins Building, building houses throughout Jackson. He also worked for AJ Stockmeister and at Man Power School. In 1951 he was called back to active duty during the Korean War, having served on the Icebreaker USS Edisto G.B.2, home port Boston, Massachusetts, DCW1. He was a member of the American Legion Post 371 and also a lifetime member of the Christ United Methodist Church. He is survived by sons: Samuel (Francie) Loomis of Bidwell and David (Cindy) Loomis of Jackson, grandchildren: Michelle (Randy) Hammond, Kevin Loomis, Angie (Mitch) Williams, Rachel (Mike) Johnson, Bethany (Jason) Sickles and David Michael Loomis, great-grandchildren: Samantha (Ryan), Miranda (Mat), Todd, Mandy (Michael), Amber (Brandon), Paige, Ethan, Kassidy and Carson, great-great-grandchildren: Tyler, Maxton, Paisley, Eden, Paislee Eileen and Baby K due in April. He was preceded in death by his parents, his wife: Carol Eileen Dawson Loomis, sister: Joan Sweeney, great-grandson: Steven David Thomas Johnson and great-great granddaughter: Lucy Dawn Tiller. Funeral services will be held privately at the convenience of the family. Funeral services are under the direction of the Mayhew-Brown Funeral Home. Condolences can be sent to: www.mayhew-brownfuneralhome.com.

The family of Floyd Eugene "George" Loomis Jr. created this Life Tributes page to make it easy to share your memories.

Send flowers to the Loomis family.