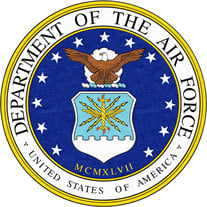 On Thursday, October 3, 2019, Edward Eugene Adamson, loving father and grandfather, succumbed to heart problems and passed away three days shy of his 60th birthday. Ed was born on October 6, 1959 in Chillicothe, Ohio to the late Jim and Ida Mae (Grover) Adamson. He proudly served in the United States Air Force at stations in Myrtle Beach, SC and Box Elder, SD, completing his 20 years of service in 2000. He followed this with many years in the trucking industry. He was blessed with a daughter, Amanda, by his former wife Lesa Bentley, and then a granddaughter, Jessica. Ed's love of the outdoors was fulfilled in the Black Hills of South Dakota. He had a passion for basset hounds, realized in his belated dog Sissy. Ed had a great affinity for his first military aircraft, the A-10 Warthog, and could talk about it for hours. He was an avid hunter, and a crack shot at long ranges. Ed also had a great fondness for his long drives on the open road. He was known for his infectious laugh and ready smile, his goofy sense of humor, and his kind and compassionate spirit. Ed was preceded in death by his father Jim, and his mother Ida Mae (Mert). He is survived by his daughter Amanda, his granddaughter Jessica, his sister Kim and brothers Rick and Bob, and several aunts, uncles, cousins, nieces, and nephew. A funeral service will be held on Wednesday, October 9, 2019, at the Mayhew-Brown Funeral Home in Jackson, Ohio, at 11 am. Viewing will be earlier Wednesday from 8 - 11 am. Flowers and cards may be sent to the funeral home at 135 Broadway St., Jackson, OH 45640.

On Thursday, October 3, 2019, Edward Eugene Adamson, loving father and grandfather, succumbed to heart problems and passed away three days shy of his 60th birthday. Ed was born on October 6, 1959 in Chillicothe, Ohio to the late Jim and Ida... View Obituary & Service Information

The family of Edward Eugene Adamson created this Life Tributes page to make it easy to share your memories.

Send flowers to the Adamson family.