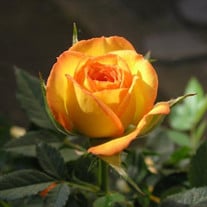 Debra “Debbie” Dawn (Mercer) Durham, age 60 of Jackson, passed away on Tuesday, October 23, 2018 at Riverside Methodist Hospital in Columbus, Ohio. She was born in Pensacola, Florida to the late Jack and Ruby Kathleen (Radcliff) Mercer on September 15, 1958. In addition to her parents, she was preceded in death by an infant brother, Charles Mercer. Debbie is survived by her husband, Paul Durham; children: Wendy (Jay) Crabtree, Carrie Durham, Katie (Michael) Ewing, Kelly (Brad) Dyer, Candi (Keith) Davies, Kevin (Sarah) Durham; along with 13 grandchildren: Shellenia & Samantha Scott, Brandon & Brianna Ewing, Felicia & Tezla Durham, Ethan, Owen & Millie Davies, Widd & Taylor Dyer, and Lacee & Dakota Durham. Also surviving are a brother, Jack (Missy) Mercer, and sisters, Susan Patrick and Brenda Wood. She was a member of Hamilton Glades Church. She enjoyed being with her family and friends. She loved all of her nieces, nephews, and her grand nieces and nephews. Most of all, Debbie loved spending time with all of her 13 grandkids! The family will receive friends at the Mayhew-Brown Funeral Home on Sunday, October 28, 2018 from 3:00-6:00 p.m. Burial will be at the convenience of the family. Arrangements are under the direction of the Mayhew-Brown Funeral Home and Southern Ohio Cremation Services in Jackson. Condolences may be sent to: www.mayhew-brownfuneralhome.com.

The family of Debra "Debbie" Dawn (Mercer) Durham created this Life Tributes page to make it easy to share your memories.

Send flowers to the Durham family.