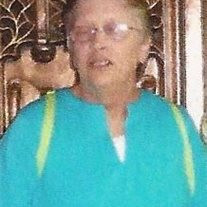 Mayhew Brown Funeral Home 135 Broadway Street Jackson, Ohio 45640 OBITUARY Barbara E. Chesser 63, of Jackson, Ohio went to be with the lord on Saturday June 30, 2013 at Heartland of Jackson. She was born September 26,1949 in Vinton County Ohio to the late Robert, Mayme (Hudson) Chesser . She attended Vinton County High School and graduated in the class of 1967, she was employed at Goodyear Tire & Rubber in Jackson, she was a hard worker and she loved life and her family. She is survived by daughter Beth (Scott) Fraley of Jackson, sisters; Marilyn (Dave) Weber of Chillicothe, Ohio and Becky Chesser Immel of Jackson, grandchildren; Ashley Fraley of Chillicothe, Ohio, Matthew Fraley, Courtney Fraley, David Moore Fraley and Clara Moore Fraley of Jackson, nieces and nephews; Kristy Knoles of Chillicothe, Jodi Williams of Jackson, Tracey Pinkerton of Chillicothe and Jason Montgomery of Jackson. She is also survived by her two special companions, her cats Miss Kitty and Sam. Funeral services will be held at 1:00P.M. Friday, July 5, 2013 at the Mayhew-Brown Funeral Home with Pastor Larry Boggs officiating and burial to follow in the Ridgewood Cemetery. Friends may call from 4-8P.M. Thursday, July 4, 2013 at the funeral home. Condolences can be emailed to [email protected]" title="Click to open in a new window or tab" target="_blank" rel="nofollow noopener">[email protected]

The family of Barbara Chesser created this Life Tributes page to make it easy to share your memories.

Send flowers to the Chesser family.